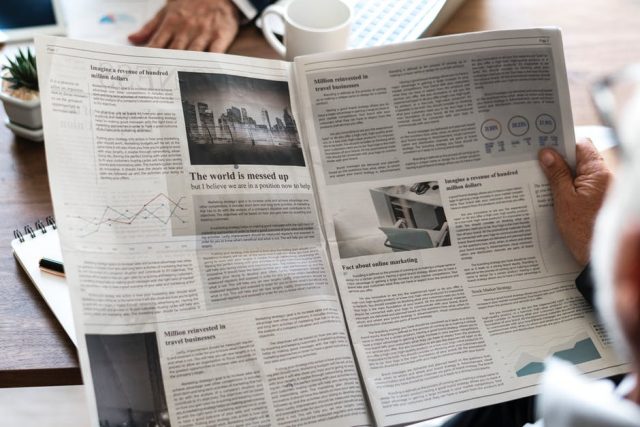 You don’t see much written about trend trading these days. Most of the literature is devoted to intricate new oscillators and fancy setups using specialized math formulas. No, the trending market seems to be pushed to the back of the trader’s arsenal of tricks in favor of more complex techniques. That seems an odd dichotomy to me, as nothing I know about trading is more effective than trading in the same direction the market is moving. It only makes sense to follow the momentum of the market. As an there used to be a time when every trader drew in a trend line during a market move and traded according to deviations along that line. It was standard stuff back then. Incidentally, the system still works just fine, but people seem to have opted for different trading methodology.

Most trends form a channel of upward movement typified by higher highs and higher lows. Trends do not form a straight line upward, as there are always retracements within the t and that is him in him channel before the trend resumes its upward movement. There are also trends that move to the downside, but I would point out that downward trends move three times as fast as upward trends. Upward trends tend to be more gradual in nature, and downward trends tend to be more violent and fast-moving. Obviously, it is much easier to trade in upward trend because of the more benevolent nature of the upward movement. Just the same, all trend traders must realize that there will be retracements (or temporary pullbacks) throughout the course of any trending market.

But here is the phenomenon that baffles me; in a trending market is wise to always trade in the direction of the trend. The only time I would consider trading against a trending market is if I thought the trend had reached a top, or a peak. However, peaks are very difficult to identify and occur infrequently so they are generally outside the scope of my trading thought. But time and time again I see traders attempt to trade against the trend. There are many reasons for this; sometimes some very enticing setups will occur against the trend. A trader with any experience will realize that no matter how enticing a up against the trend may appear, it is generally a dead end. Once the market establishes direction, it generally maintains that direction for a period of time. During the period of time the market has a well-established direction is best to take trades in the direction of the trend. While this may sound elementary, you would be surprised at the thousands of traders who tried to buck the trend; and they usually end up with a similar result, a losing trade.

I learned a trade many years ago, some would say I learned from the old-timers, and they would preach ad nausea about the dangers of trading against the trend. To be sure, no beginning trader dared do it for fear of ridicule, or worse. The old adage “the trend is your friend” is a long-standing same that did not originate in recent times. I can remember hearing this saying as a beginning trader. As a matter of fact, it was hammered into my consciousness. (Sometimes against my will, or at least until I was sick of hearing the phrase).

So this brings me to the thesis of this short article. Why has one of the most effective trading techniques fallen by the wayside? Now I am not saying that all traders trade against the trend, as there are a great number of traders who respect trading with the trend. But I see a tremendous number of trading techniques that disregard the old adage and try to pluck trades from the retracements during a trending market. It makes no sense to me, as the retracements are generally short-lived and very unpredictable and length.

In my trading I aim to keep my countertrend trades at less than 10% of my total trading volume. This means, of course, that I am trading with the trend 90% of the time. As you can see, I have a strong bias toward trading in the same direction the market is moving. Does that make sense? If the market is moving one way why not roll with it? There is really no need to buck the trend.

Auto Repairs: How To Check Out Any Local Garage First

Enlisting the Support of Home Improvement Loans to Create a New Look for Your...