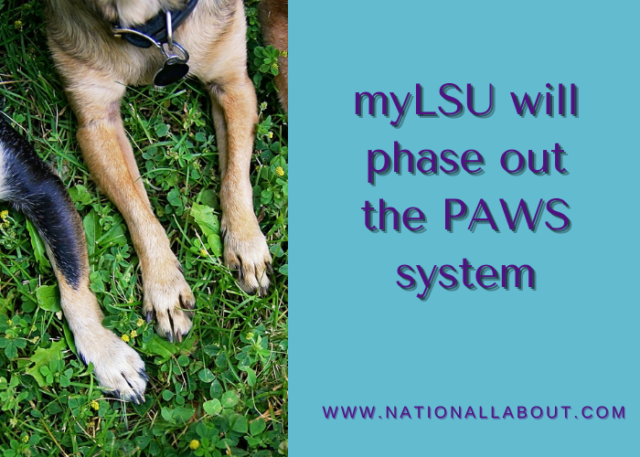 Students will have access to myLSU starting today as ITS gradually phases out PAWS.

You can access the new myLSU portal via the header on the LSU homepage. PAWS will be accessible through the new portal for the next few decades. According to ITS, the left navigation in the new portal will be identical to that of PAWS to avoid confusion during the transition.

Thomas Rodgers is the Student Government director for academics. He stated that PAWS will Prada Boots be replaced as it is over 10 years old and rapidly becoming obsolete. The new system will incorporate existing PAWS components, such as the degree audit and schedule request tabs.

According to Sheri Thompson (IT communications and planning officer), PAWS’s function is to take individual portal parts that were created in the 1970s and combine them into one interface.

PAWS was established in the 1990s and has remained relatively unchanged since then. Because the PAWS portlets are no longer relevant, ITS will gradually switch to myLSU. Thompson stated that it will take considerable time to replace the components.

Thompson stated that “As we replace individual components with new technology the integration must be seamless.” It would be too time-consuming to code these new systems in classes.

Thompson stated that myLSU’s function is to incorporate the new portlets as soon as they are created. These portlets will be integrated into myLSU and work in the same way as the existing, obsolete ones.

Rodgers stated that it is visually more appealing than PAWS. It will also have event notifications, which will help students stay informed about what’s happening.

Google Says this is Permutation

A way that allows a group of crane foldable exercise bike  items to be ordered or arranged, particularly one of many possible variants.

This is how it works. It helps you to recognize the letters and shows you how they are anagrammed in different ways. This will be helpful the next time you see these letters M YL S U in a word scramble.

Commercial Loan Business – Where Are We Going?